Station Road to Wilford Bridge (and beyond)

ST ANDREW’S CHURCH can be found on Station Road; consecrated in 1868, it was to replace the original, smaller church to the north of the village. Melton’s First World War Memorial, unveiled on 20th February 1920, stands in the church grounds. Within the building, there is a second memorial and several family memorials dedicated to those who lost their lives in the Great War.

Wilford Lodge was the country home of Sir Archibald and Lady Laura Garrod, who lost all three of their sons in the conflict. Opposite their house, on the site of St Andrew’s Place, is where the annual lamb fair was held on the second Tuesday of September every year.

The Asylum Water Works, opened in 1892, stood where the Debenside housing development stands today. Albert Parkington was the first engineer in charge of the plant and he lived on site with his family. Further down Station Road, is the railway station, built in 1858, and the Station Hotel was on the opposite side of the road, which opened in 1860. At the start of the war, the landlord was George Pace. After his death in 1916, the hotel passed to James Lankester, who lived there until he died in 1946.

Over the level crossing is the Wilford Bridge public house which, at that time, was known as the Railway Tavern. In 1912, it was briefly in the hands of James Smith, the father of Thomas Smith, who was killed during the war (see Saddlemaker's Lane and Asylum Road). Wilford Place, the row of houses next door to the pub, was home to the Lloyd family, who also lost three sons in the war. The Wilford Bridge is the first crossing point of the River Deben and marks the boundary between Melton and Bromeswell. It also provides access to the Wilford Peninsular and Bromeswell Heath where many of the soldiers billeted in the area were sent for rifle practice on the range or training in a series of trenches dug there. 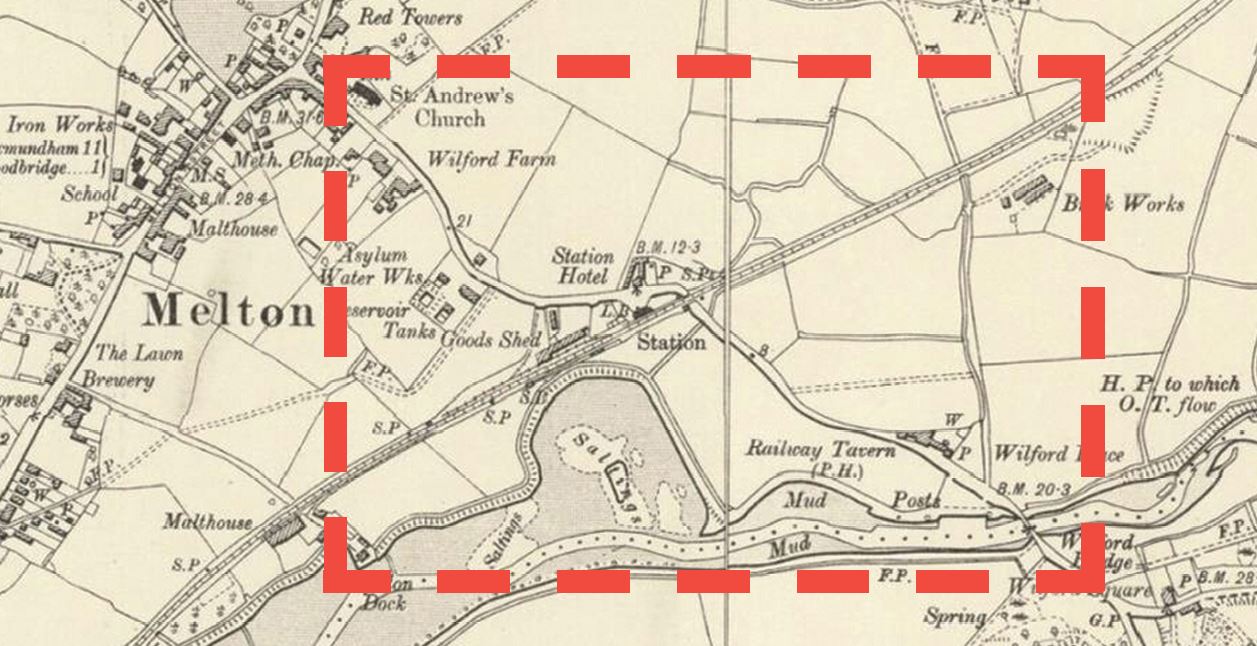