SADDLEMAKER’S LANE was named after the saddlery located on the junction where the eponymous road met The Street. Before settling on ‘Saddlemaker’s’, it had gone through several different iterations, including Spring Road and during the early 1800s, New Road; this was at a time when the road from Melton to Bredfield, passing by Melton Lodge, was diverted by the owners.

There are two main houses along Saddlemaker’s Lane: the Hermitage, home to Sir Arthur Lushington during the war, and, The Retreat, which has a mausoleum in its garden built for the owner at the time, Stephen James Deane. It has been suggested that the mausoleum was constructed due to a feeling of animosity between the Rector of Melton and Mr Deane the result of which being that Mr Deane did not want to be buried in consecrated ground. Upon his death in 1871, Stephen Deane’s wishes were carried out and he was laid to rest in his private mausoleum.

Asylum Lane: The Melton Lodge Estate farm and worker’s cottages (built in the 1860s) are located on Asylum Lane, now known as Lodge Farm Road. The lane also provides access to The Hermitage, wartime home to Sir Arthur Lushington. Just beyond the junction of Lodge Farm Road, on what is now called New Road, are three further houses: one was the home of the Cousins family.

Click on the blue heading to see the people who lived in this part of Melton. 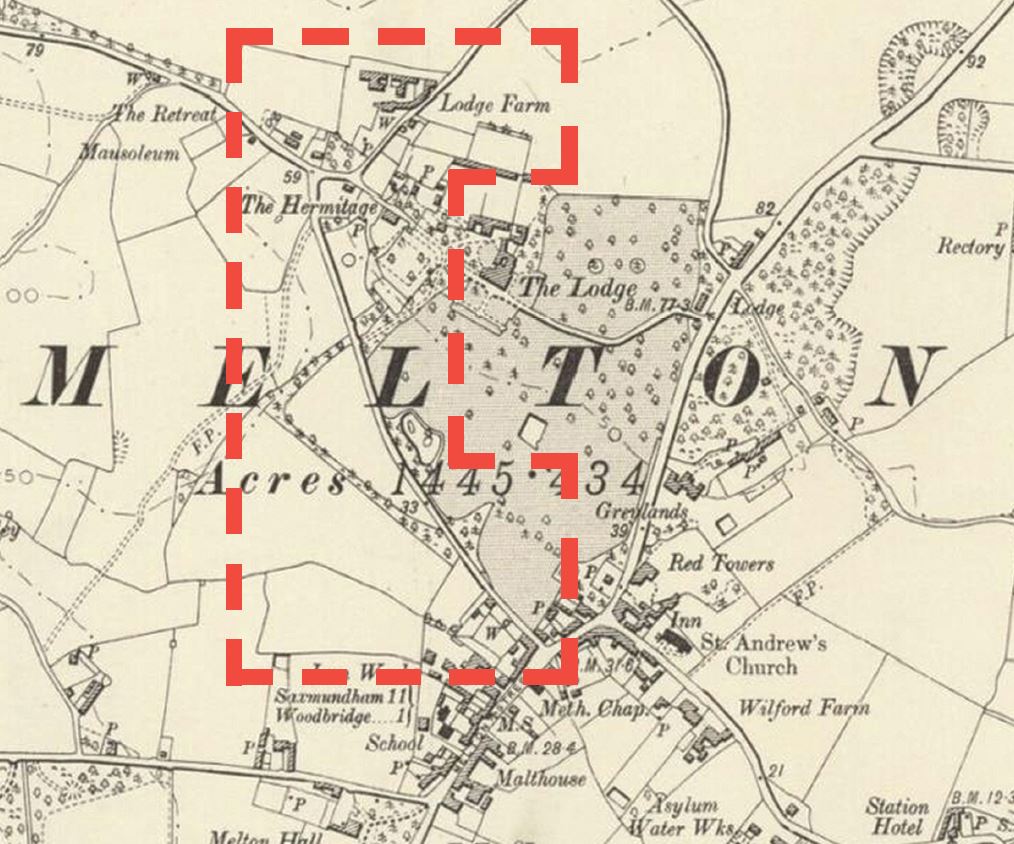