THE JUNCTION at which The Street, Yarmouth Road and Station Road meet forms Melton Corner; the Ipswich to Yarmouth turnpike road continues along Yarmouth Road towards Ufford. As the main access point to the Wilford Peninsular, Melton Corner was strategically important, and in the early days of the war, barricades at the junction were manned by members of the territorial army or men from a locally-billeted battalion. Their task was to check all movements to and from the peninsular.

The Horse and Groom public house was one of two hostelries that served the turnpike traffic. The Lion Inn was demolished in the 1880s and stood on the site of the former police house on Yarmouth Road. William Lewis Booth was landlord of the Horse and Groom and also ran the blacksmith’s shop next door to Spink’s Saddlery, a few yards away on the Street. Opposite the pub was Skoulding’s grocery shop (now the Melton Fish Bar) and facing Station Road was a cycle shop. In March 1918, the 2/1st East Kent Mounted Rifles were billeted in Skoulding’s shop for which the Secretary of State agreed to pay two shillings and sixpence per week for the privilege.

Click on the blue heading to see the people who lived in this part of Melton. 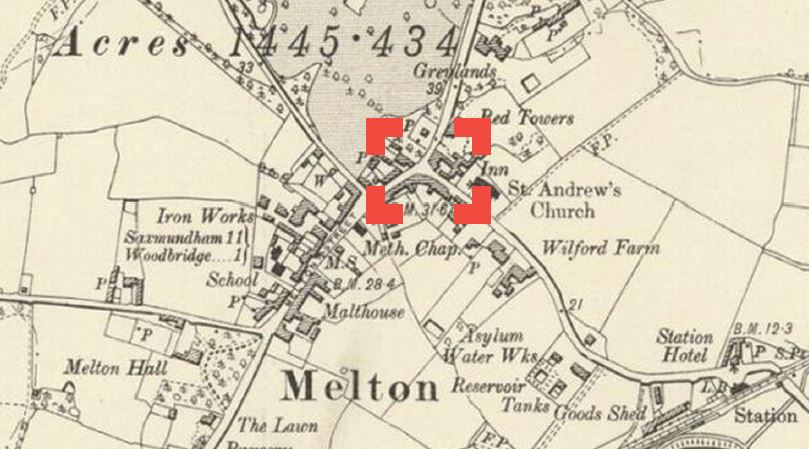